Acadia Hearing Center was founded in the mid 1980s in affiliation with the medical practice of Bangor Ear, Nose & Throat.  In 2004, with the closing of BENT, ownership of Acadia Hearing Center was assumed by David Cuthbertson as an independent hearing healthcare private practice. We have offices very conveniently located in Ellsworth and Bangor, Maine and we see patients in Calais as well..

Read about our office pups.

Dr. Cuthbertson is licensed by the State of Maine as an audiologist and hearing aid dealer/fitter. 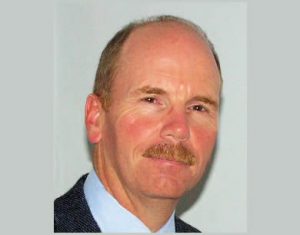 He received his Bachelor of Science degree from Purdue University with a primary emphasis in Communication Disorders and a minor in primary school special education. He was awarded a Master of Arts degree in Clinical and Rehabilitative Audiology by the University of Connecticut. David received his Doctoral Degree in Audiology from A. T. Still University and was awarded an Au.D. in the fall of 2007.

David worked in schools for the deaf, has implemented industrial hearing conservation programs and has been the managing director of two private hearing healthcare practices before coming to Maine in 1994 to join the medical practice of Bangor Ear, Nose & Throat. While working with Drs. Larson and McNichol, David oversaw the management and expansion of Acadia Hearing Center from a subsidiary of the medical practice to its own independent hearing healthcare private practice with offices in both Bangor and Ellsworth.

David is well trained in all aspects of hearing healthcare and has a particular interest in Adult Aural Rehabilitation – the fitting of the cutting edge technology in today’s hearing aids to his client base. In addition to his doctoral studies program, he also maintains his level of knowledge and expertise through active participation in continuing education offerings provided by various organizations.

David is active in the music program and has sat on the vestry of St. Saviour’s Episcopal Church in Bar Harbor as well as its Finance Committee. He sings seasonally with the Acadia Choral Society in Bar Harbor. He has served on the Board of Directors for Downeast AIDS Network in Hancock and Washington Counties. He is an avid sailor and fisherman. When he has time, he enjoys working on renovations to his home on a lake in Downeast Maine.

In 2006, David had two additions to his family who accompany him to our offices daily. You can read more about Taz and Louie elsewhere on our web site.